Notes from a Weekend Spent in Hudson.

I spent Memorial Day weekend with my little sister up in Hudson, NY. It was a lovely escape: from the preoccupations of people & place that one has at home.

On my way up, I stopped at Storm King. My sister had gone a few years back, and we watched Rivers and Tides together when she was home, and I have since wanted to go: for the Goldsworthy, mostly. But mostly just to see what it all was about. 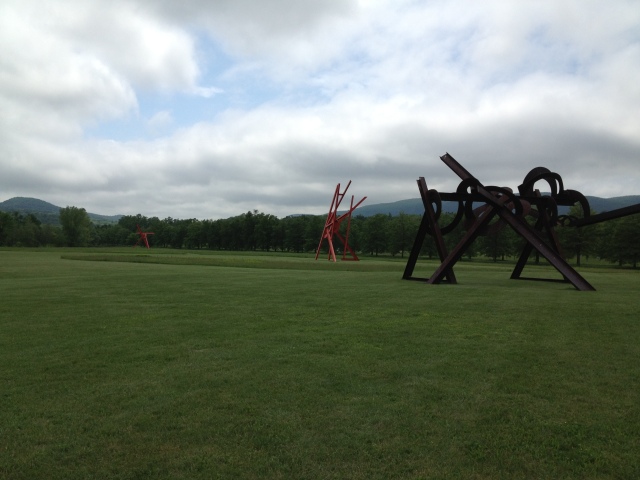 And it was glorious. The cloudy & then not-cloudy, still-cool late May day collaborated beautifully with the work. It was a very surreal experience: good-surreal, not eviscerating-surreal.

I arrived in Hudson around five o’ clock Friday. I walked over the studio where Rach works. I sat in as she & Henry added strings to a track they were working on. From there, we had dinner at Ca’Mea; calimari for Rach & a shrimp-linguine-leek-asparagus dish for me. Wine was dispensed & drunk.

We went to Swoon. 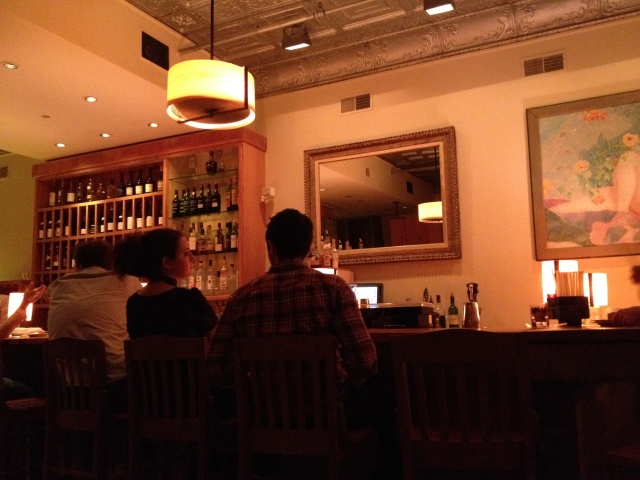 The next morning, we woke up and went to the farmer’s market for maple-chipotle goat cheese & some asparagus. We met my sister’s boyfriend at Le Gamin for omelettes and cafés au laits served in big handleless cups one could stick a visage in. 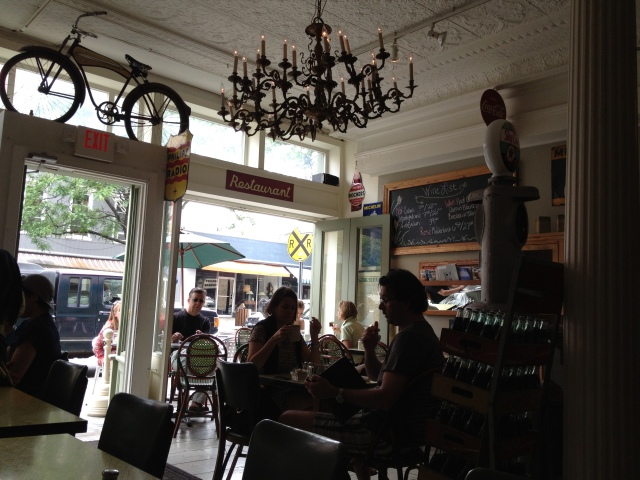 Eli went off to work & Rach and I took our time strolling up and down Warren Street; going into shops, into the galleries, 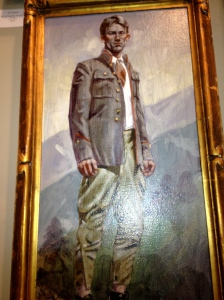 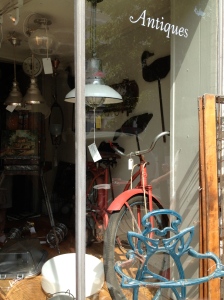 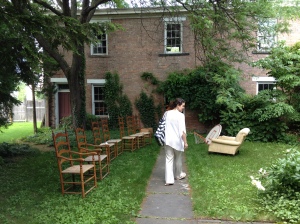 then having mint lemonades & some crostini as Café Le Perche.

The next morning we would return to Le Perche for a strawberry-rhubarb scone and coffees; the coffees thick with grounds conspiring at the bottom of the cups, as if to prognosticate this is the end of the escape. “I forget,” I might’ve said. “What does le perche mean? La peche is peach; or is it to fish? (Or even to sin)?”

There are plenty of peach-fishes in the sea of sin, mademoiselle. Sois patiente.

But then we didn’t. And then I was back, in the thick of it. Summer at the Jersey shore. Driving back; stopping at the Cheesequake rest area, I thought, “There are too many of us in this world,” and felt the renewed need to unclutter everything. To start again. And maybe, even, to allez à la pêche.

3 Responses to Notes from a Weekend Spent in Hudson.