Even though it is not yet Memorial Day, it’s sort of the academic’s summer already. Graduation last week (last post). Now summer classes have started.

Friday Miss Williams and I took to Atlantic City.

Saturday I went to Margate with the folks.

Sunday it was breakfast at Browns on the boardwalk. 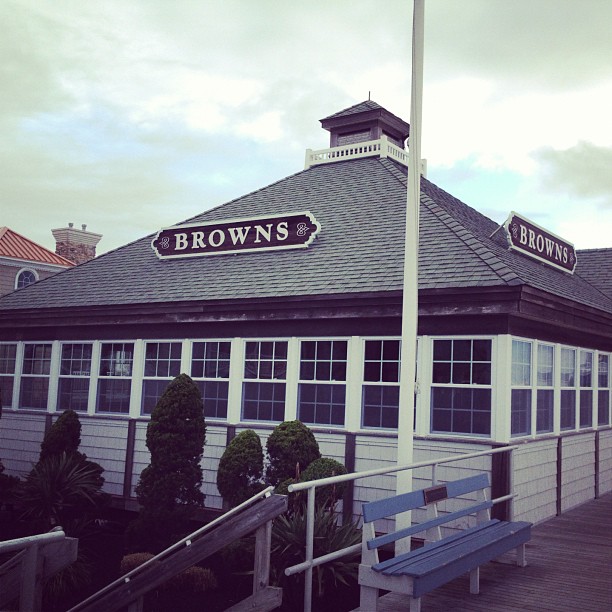 I find it difficult to sit indoors anymore. I find myself just walking around. After class today I went to the Starbucks to work, but then felt just this great peripatetic urge to be out in perambulation; in circulation.

Also, my cable went out on Friday; and I have rather just let it go out. A technician is scheduled to come on Friday but I have a great desire to cancel the appointment; to return the box to its maker and say, “No more for me; thanks. Just leave me the phone and the Internet for now.” Part of the reason London was so lovely that year was because I abstained (for the most part) from TV, except when over at someone else’s, where it would glow like a phantasm from the corner of strangers’ rooms. Goose, Anne and I would sometimes watch DVDs together on one of our laptops. Pressed like fancy sandwiches into my twin bed; but remember those hideous lime green sheets that came standard issue?

I will miss the rest of Mad Men, though, if I allow the cable to just go. Who will invite me over to watch the second half of this season?

This entry was posted in Summer & All. Bookmark the permalink.